Isn’t it great when your professional and personal interests intersect, and as a result, something wonderful happens!  Although this wonderful moment happened this spring, we were obliged to keep a lid on it until the project launched…so here is the scoop.  The Baseball Hall of Fame recognized that not everyone has the opportunity to visit their museum in the rustic town of Cooperstown, New York, so they decided to take the museum on the road.  The result is an awesome multimedia playground that is traveling from city to city over the next few years, allowing many fans to experience the Hall for the first time. 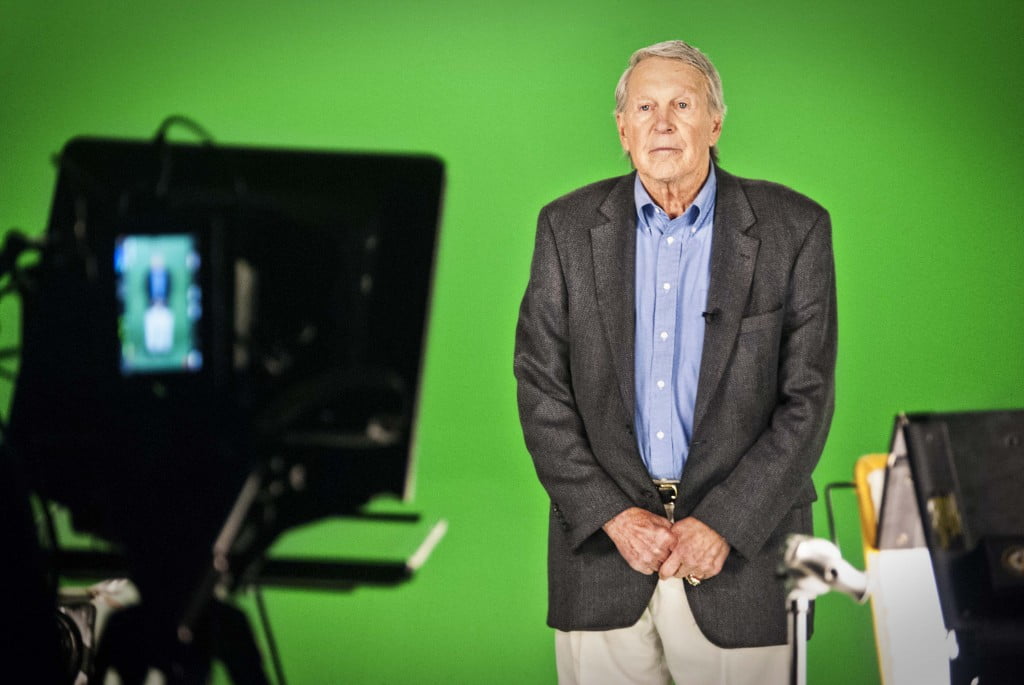 The very cool part for us was the ability to host two baseball Hall of Famers and Baltimore icons in our studio, Cal Ripken and Brooks Robinson!  Obviously these men were two of the top players in baseball history, but more importantly, they are true “good guys” of the game.  Cal with his mission to spread the positive aspects of baseball played “the Ripken Way” around the country and around the world.  And Brooks with his humble, small town charm and generous nature.  Both gentlemen were filmed against our large greenscreen wall, sharing welcoming comments for the traveling exhibit and sharing a few stories about their baseball experience.

As we have been in business for over 22 years, we’ve had the pleasure of working with Cal a number of times.  He has a very busy schedule and had to run with his support team right after the shoot.  But it was a first for us connecting with Brooks.  And lucky for me, he had a few minutes to spare after the shoot, and I had the great pleasure of chatting with the man who is widely considered the best defensive player in the history of baseball.  Maybe he can’t cover the “hot corner” like he used to, but his kindness and warm, unpretentious nature were still at HOF levels!  As a player for many years and more recently a coach for my sons’ community baseball teams, it is great to be in a business that allows us to rub elbows with some legends of the game who have continued their positive legacy well into retirement.

To learn more about this project:  http://m.mlb.com/hall-of-fame-tour/#about